Have you Watch Worst Bollywood Franchisee

In this video, the style is really worth watching while doing the workout. The video itself has been shared by the actress from her Instagram reel, which has so far been liked more than 1.2 lakh times.

Fans are also not tired of commenting on this video of Zareen Khan’s workout. In the video, the actress is seen in a black T-shirt and gray tights. In this, the actress is seen doing workouts with dumbbells. Sharing the video, Zareen Khan wrote, “How about this.” In the video, the fans are also praising her tremendous style. Let me tell you that this is not the first time that she has come into the discussion about her impeccable style.

She has debuted in the Bollywood world with the film ‘Veer (2010)‘. Apart from this, Zareen Khan was also seen in the horror film ‘1921‘, but the film could not bear the flag of success at the box office. Not only this, his ‘Aksar 2‘ which came in 2017 also did not get a good response at the box office. Along with Bollywood, Zarine Khan has also tried her hand in Telugu and Punjabi cinema. The actress was last seen in the Punjabi film Daaka (2019) with Gippy Grewal. 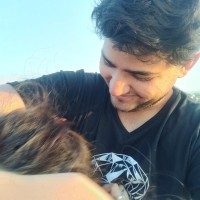